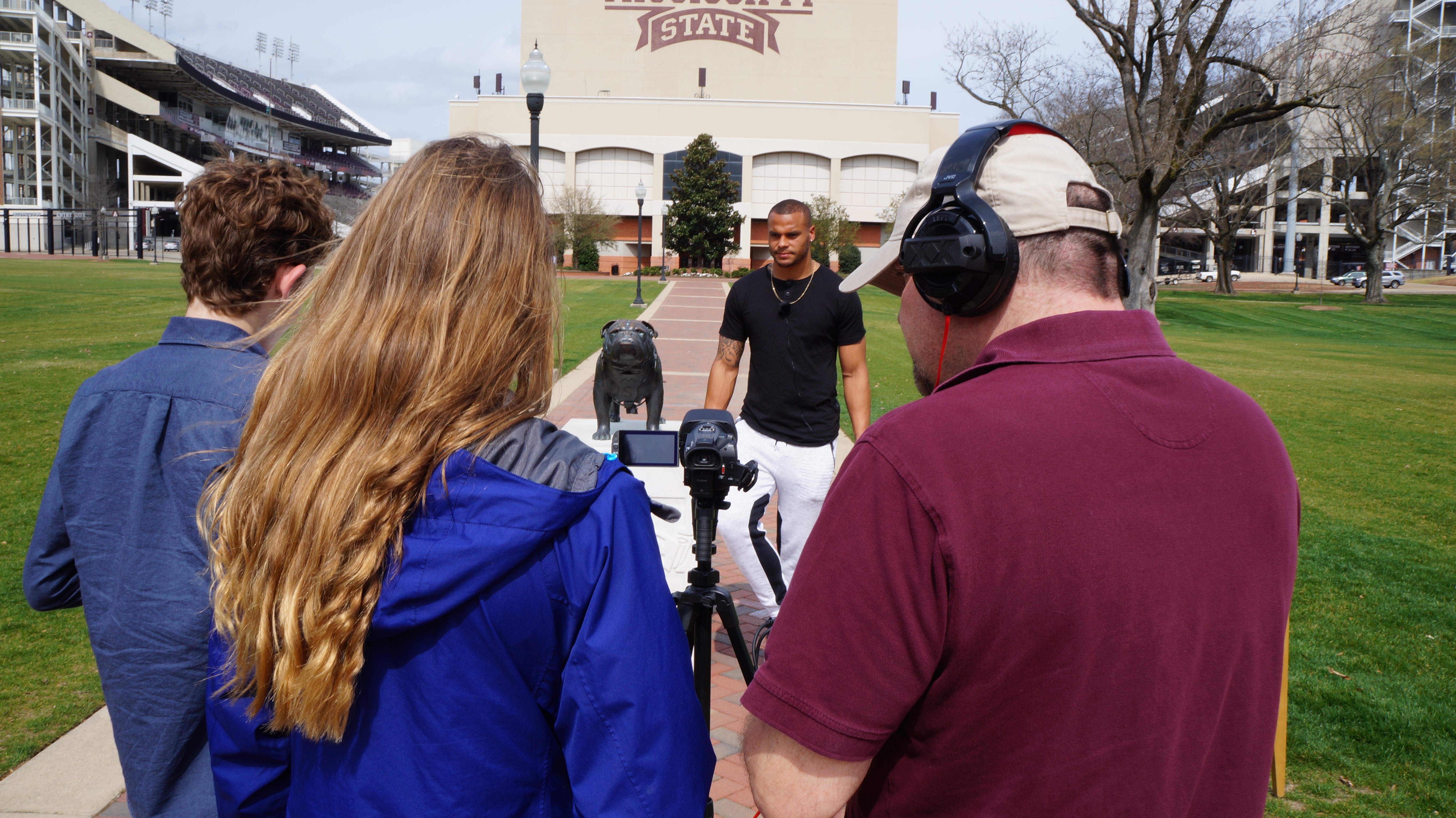 Lynn Meadows Discovery Center in Gulfport, Mississippi successfully incorporated the Stories from Main Street (SfMS) project into their WINGS performing arts program while also collaborating with elementary and middle school students. Overall, almost 200 participants helped to create the film “The Making of a Mississippi Athlete” based on interviews which they conducted with athletes across an array of sports. Inspired by the exhibition Hometown Teams, they also produced a sports themed performance which premiered in April 2016, featuring a wonderful rendition of "Casey at the Bat." The finished documentary film was shown during the exhibition of Hometown Teams in August 2016.