Yesterday's Tomorrows: Past Visions of the American Future 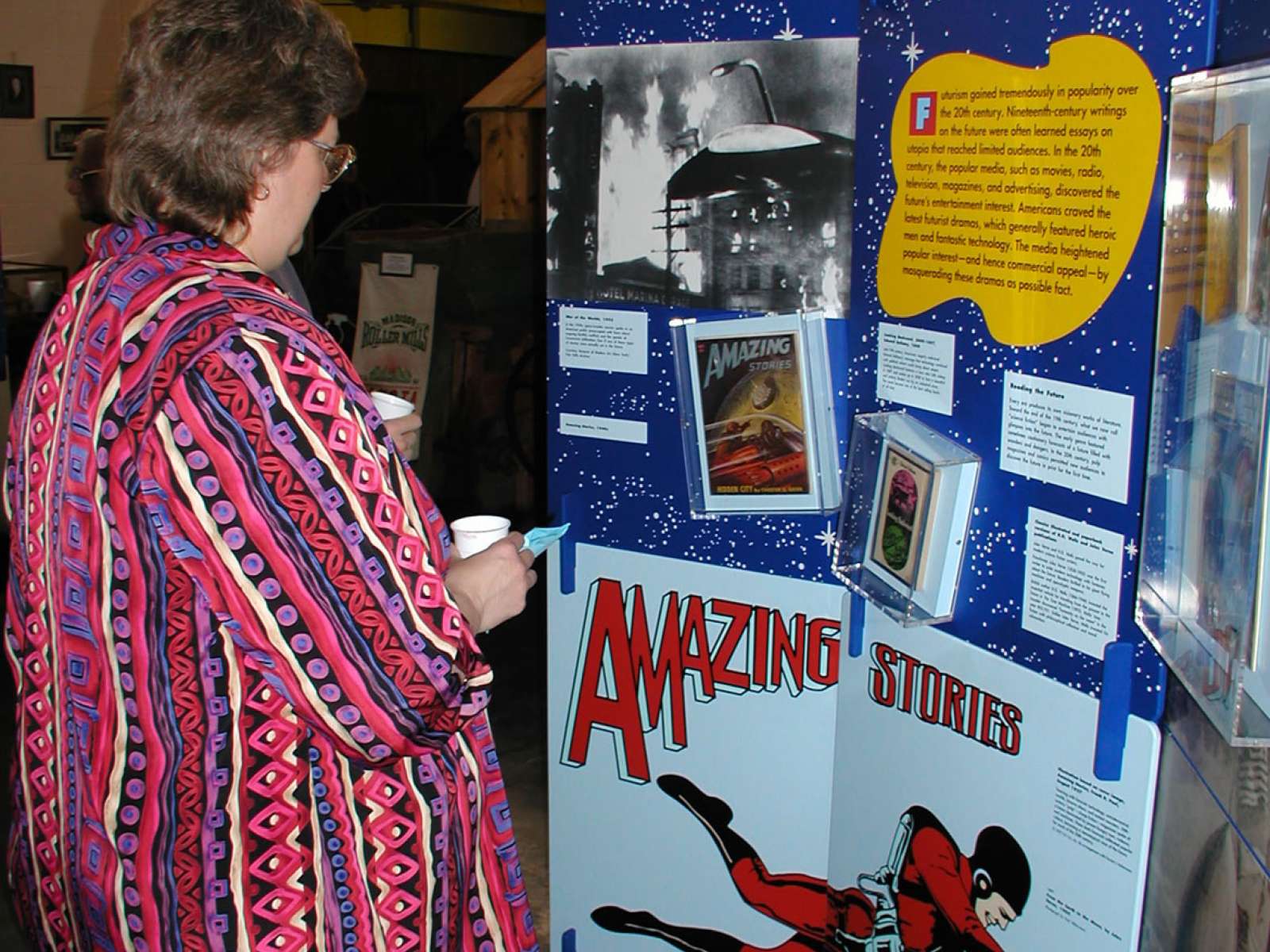 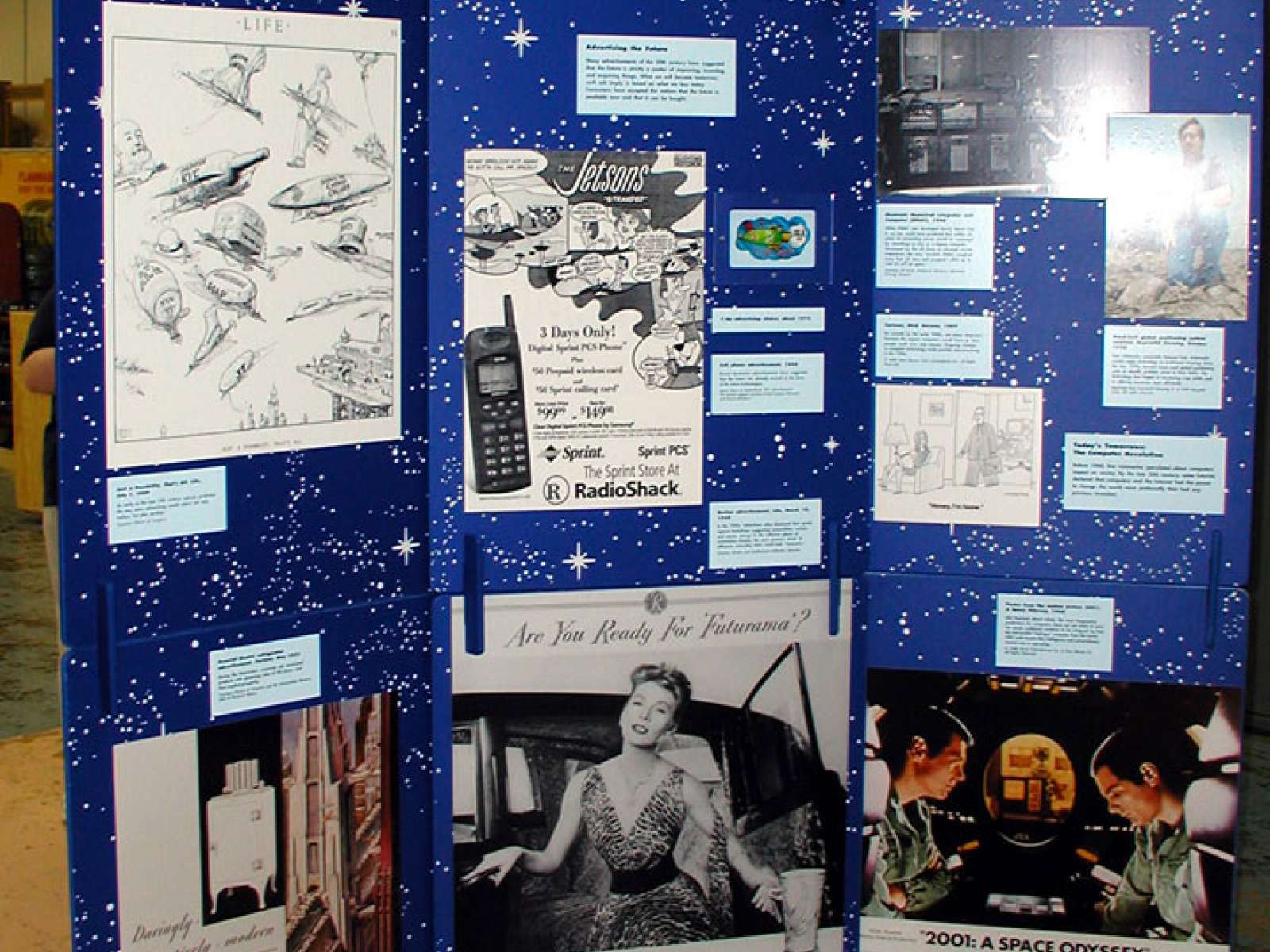 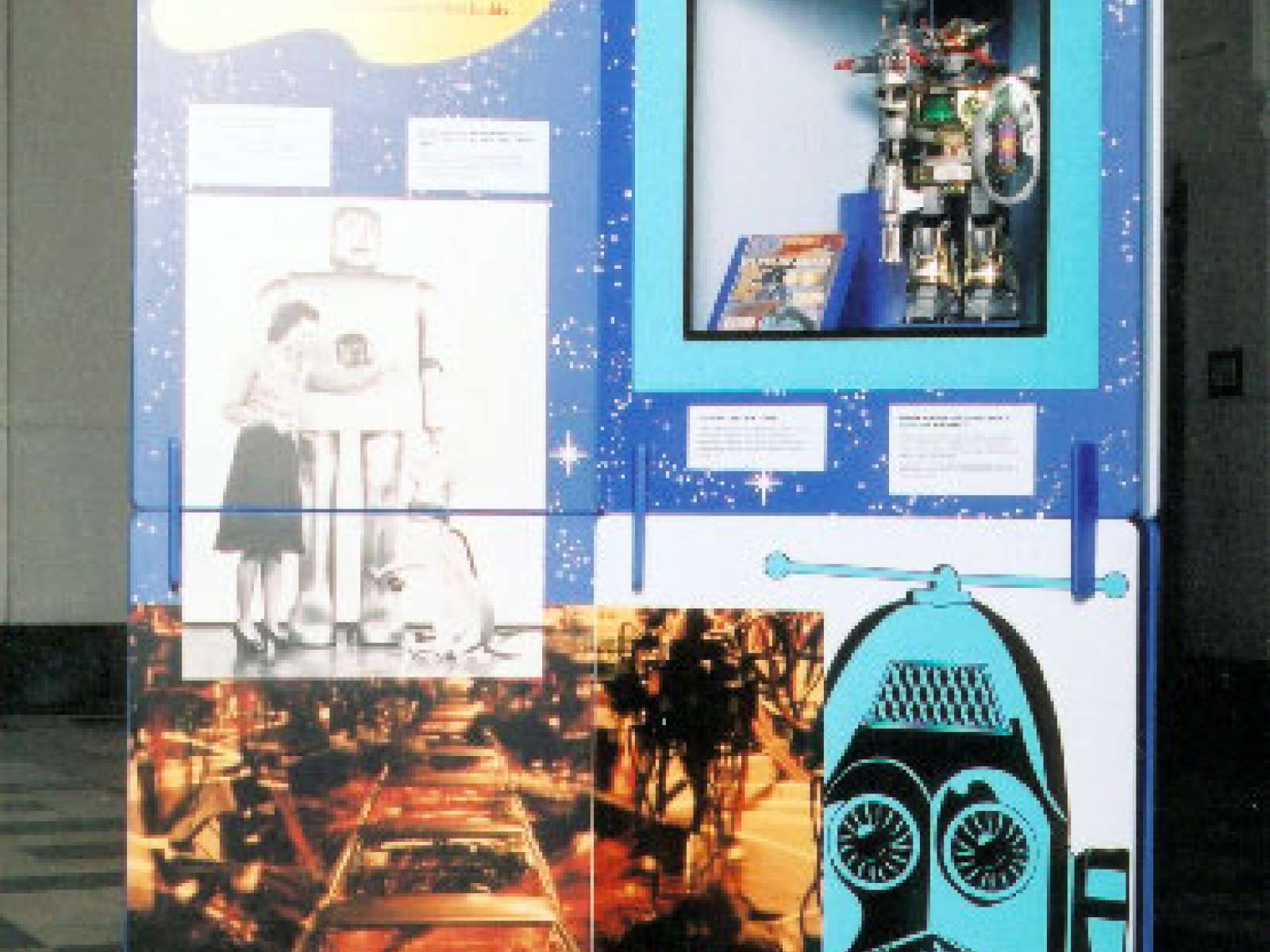 This Smithsonian traveling exhibition offered a unique history of popular expectations and beliefs about the shape of things to come. Curators Joseph Corn of Stanford University and Brian Horrigan of the Minnesota Historical Society used manifestations of popular culture such as toys, books, movie stills, World ’s Fair memorabilia, car designs, advertisements, and architectural designs to examine ways that Americans of yesteryear have envisioned our collective future.

The exhibition concentrated on the past one hundred years in America, when visions of the future fluctuated between secular utopias characterized by breathtaking leaps of science and technology and urban chaos fraught with danger and disintegration. Though many of the predicted futures never came to pass and seem naïve from our 21st-century perspective, other visions still challenge our concept of the future — like personal flying machines that strap to one’s back or cars that can be transformed into airplanes in just a few minutes.

Seeing how local history...fits within the larger history, the story becomes accessible and relevant to those who may not be drawn to things labeled ‘educational.'

Futurism gained tremendously in popularity over the 20th century. Nineteenth-century writings on the future were often learned essays on utopia that reached limited audiences. In the 20th century, the popular media, such as movies, radio, television, magazines, and advertising, discovered the future's entertainment interest. Americans craved the latest futurist dramas, which generally featured heroic men and fantastic technology. The media heightened popular interest and hence commercial appeal by masquerading these dramas as possible fact.

Late-19th-century Americans eagerly embraced Edward Bellamy’s message that technology combined with political reform could bring about utopia. Looking Backward features a hero who falls asleep in 1887 and wakes up in 2000 to face a beautiful and orderly Boston run by an industrial army. The novel became one of the best-selling books of all time.

The Future on Film and Television

Throughout the 20th century, the mood of the future on film and television shifted from buoyant optimism to ambivalence about the status quo to dark despair.

Many advertisements of the 20th century suggested that the future is strictly a matter of improving, inventing, and acquiring things. What we will become tomorrow, such ads imply, is based on what we buy today. Consumers have accepted the notions that the future is available now and that it can be bought.

The Postwar Home of Tomorrow

Because modernistic architecture actually appealed to few Americans, postwar architects focused instead on creating homes with the latest durable consumer goods. Scientific developments suggested that the home of tomorrow would be a paradise of comfort and convenience. Despite advances in technology, women were still defined as keepers of hearth and home.