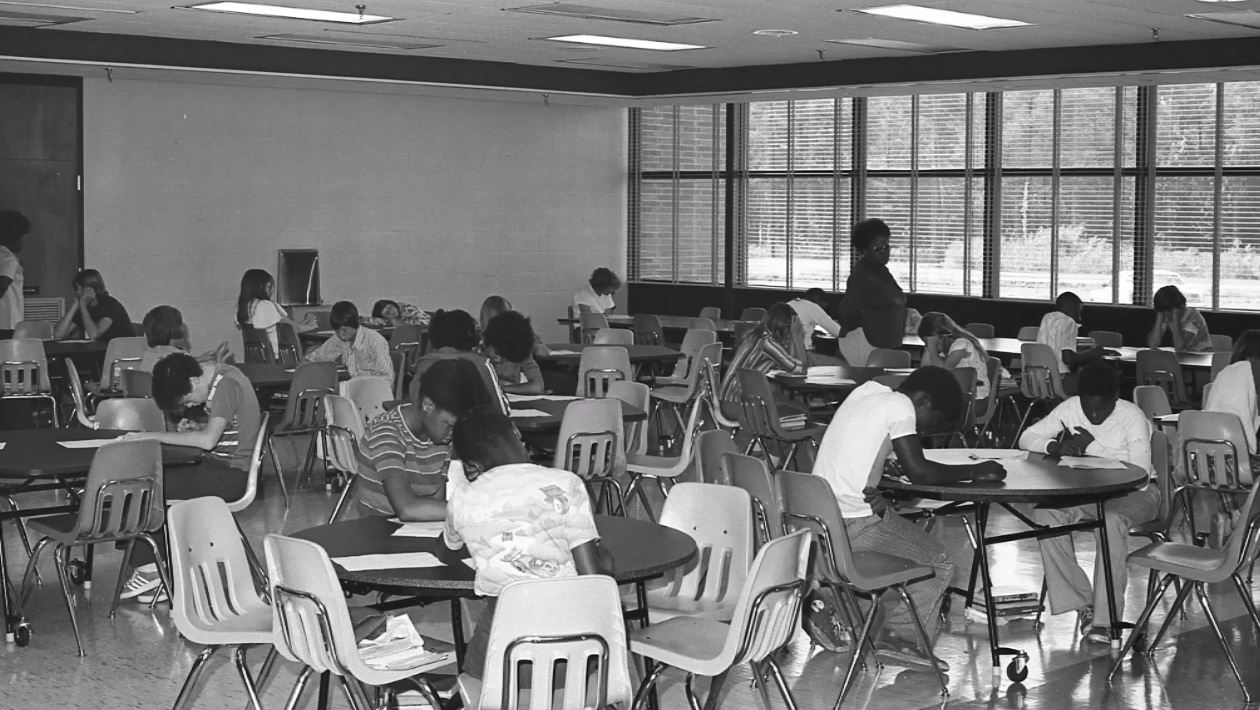 Segregation and integration in 1960s Somerset County is explored in this story produced by Crisfield High School students for Stories: YES in collaboration with Crisfield Heritage Foundation. It features interviews with Felisa Gains-Brown and Margaret Dize who describe what it was like. Dr. Richard Warren, Maryland State Teacher of the Year, describes what modern students care about and how they are connected to the area's cultural heritage as a community on the Chesapeake Bay.

Narrator: Schools were segregated in the 1960s. Blacks and whites had to ride different buses to different schools. In the late 1960s and early 1970s, schools were beginning to integrate in Somerset County. Our County was very late to integrate. It was a major change for the kids. The schools became different for everyone and blacks were treated poorly.

Felicia Gains Brown (0:57) A lot of us walked and some had, we had a taxi cab that would come and do first load, second load and third load, but I never road no taxi cab. We had to walk to school. Woodson was not as it is now, there was no apartments, or projects as you all call them now. It was nothing but woods and marsh and we had to walk through there and that's how we got to Woodson School. Also, when we had discipline, you had a teacher that might would go around and you had to hold out your hand with knuckles, with your knuckles showing, and they would take this stick and tap you on your hands for how many amount of times that they had chose. That was discipline. If you were really, really bad, you went to the office and you got a paddle not on your hands, on your behind.

Jenai: (2:11) And I'm Jenai. Okay, so it was it a big change when you joined schools with the blacks and how did you feel?

Margaret Dize: (2:18) I was scared at first, but my parents never raised me to be a racist or to be prejudiced. We grew up, my neighbors were African American or black, however they refer to it now. But we grew up, we were just like kids and I knew most of the kids from Woodson.

Jenai: (2:39) Yeah. Did you ever get out of school for flooding or weather?

Margaret Dize: (2:42) Yes, we did for weather, but it was in my earlier years, I believe in elementary school, when they had a snowstorm and it was really, really bad. I was younger and I remember it was almost a week and a half. Everything was frozen, I mean, ponds. The boat couldn't even come across from Smith Island. I mean, it was crazy, crazy, snow was up almost with snow drifts up to the windowsills. But during my high school years, I'm thinking, I can't remember.

Dr. Richard Warren (3:30) Well, Crisfield is a unique area. It's not a secret that we are underneath of sea level. So I think that it's important to take into consideration child, children's safety. So whatever way that we can keep our kids safe, I think at the end of the day, it doesn't matter if we have a day off or not, as long as our kids are safe, whether at home or in school.

Jenai: (3:49) Can you please explain to us what your project was about that you did?

Dr. Richard Warren (3:53) Yeah. So again, Crisfield is famously known for its watermen, crabbing, fishing, oystering. And one of the things that one of my students noticed was an old fishing and crabbing line right there in the Bay, and she brought it in and she talked about how she sees it all the time, hanging on docks, floating in the Bay. And I said, "What a great way to give back to the community and connect what we're learning in class to the community." So we built bins, built recycling bins, and we reached out to the city government and some local watermen and the American Legion. And they helped us purchase these things and we installed them on the docks. And now we have these bins on the docks where local watermen, fishermen, or even people can have a place to put their crabbing and fishing line, which in turn saves the Bay, save the animals, and also helps the kids feel like they're giving back. And not only that helps, also helps people who go on boats, protect their shafts.

Jenai: (4:56) How do you feel about being the first African American male from the Eastern shore to be Teacher of the Year?

Dr. Richard Warren: (5:03) To be Maryland State Teacher of the Year, being from the Eastern shore, I feel completely honored, but at the same time, I'm also humbled because there are a lot of kids who didn't think it could be possible, but now it's possible. And I just want to be a role model, not only for kids in this school, but for kids across the state of Maryland, and kids all over the world. It's definitely one of those things where I'm proud of it, but at the same time, you know, I want to make sure that I uphold the position the correct way and I inspire kids to do the same.

Narrator (5:37) Overall segregated and desegregated schools have changed over time. All races and minorities can now go to the same school together without needing a decade of orders or boycotts to not allow different races, other than Caucasian, the public schools and facilities.

Jenai: (5:52) So that's integration. Crisfield Academy and High School is now a fully integrated school with diversity. All students receive equal education and free lunch. We are one of the top ranked schools in the state of Maryland.