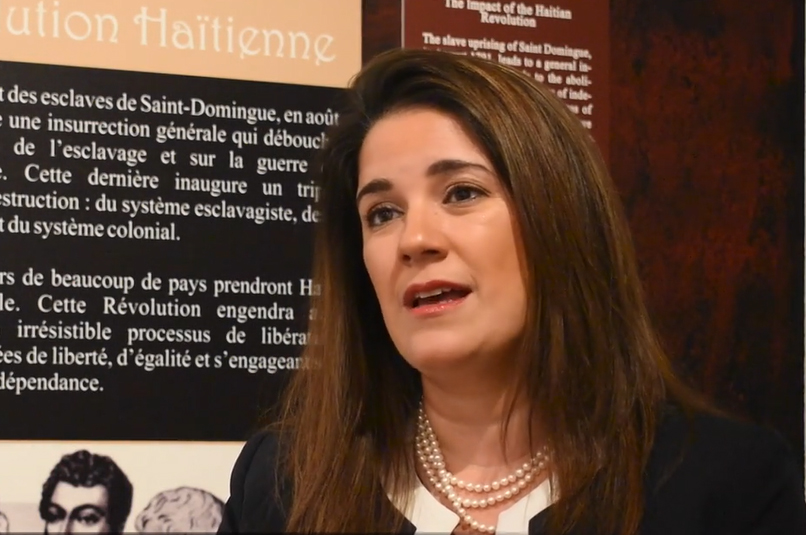 Florida State Senator Anitere Flores (00:00): Democracy really is the foundation of our nation. Particularly for me, my parents and my grandparents fled a communist country. They fled the country of Cuba in the late '50s, and they did that because they saw what was happening in a nation when people's individual voices were being taken away, when the government was taking over not just private industry and business, but to a certain extent, private lives, private thought. And so my parents, my grandparents came to this country and the United States embraced them fully. And I think it's because of that experience, that the importance of a representative democracy is something that was always so important to myself and for my family, because we were so close to a generation that had that freedom taken away from them.

Florida State Senator Anitere Flores (00:56): So I think what democracy ultimately means, I would say it's two things. One is freedom, but the second is responsibility. It's incredibly important for a democracy to thrive. For citizens, constituents residents, to be responsible and informed when they make the decisions that they make to improve our democracy.

Florida State Senator Anitere Flores (01:20): So in 1994, the Cuban government shot down four planes in international waters that had been carrying and distributing kind of pro-democracy literature, and they tried to get that to the island. The Cuban government shot down those planes, all the people that were on board died, one including being a US born citizen, one a naturalized citizen. And so this created incredible backlash of course, across the country, but really in this community with such a strong Cuban influence. And so there were many manifestations and protests in the street. There was a huge one in the old Orange Bowl, the Orange Bowl is not around anymore, but in a huge stadium where we had close to 80,000 people participate, and we had then Secretary of State Madeline Albright visit to talk about the government's, the US government's commitment to stand with the Cuban American community in finding justice for those families and for this community.

Florida State Senator Anitere Flores (02:28): That was again a really just incredible experience to see so many people coming out peacefully, but being able, again, to voice concerns with something that had happened. That's a freedom that not everybody in the world gets to have, and so when we have that opportunity to be able to do that in a peaceful and respectful way is wonderful. And I think it's one of the things that helps to set our country apart.