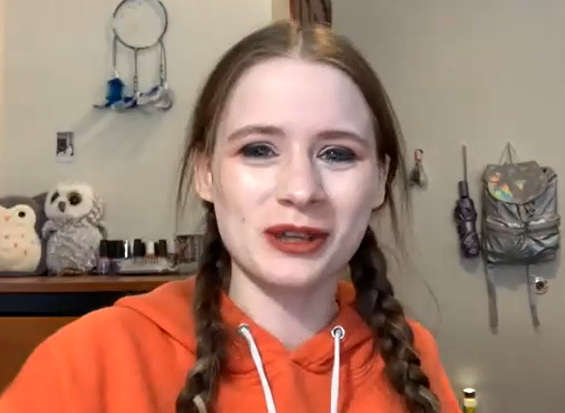 Amber Dukeman (00:00): My name is Amber Dukeman. I am originally from the Aberdeen Havre de Grace area. I've lived in both cities most of my childhood. It's a whole mess, but I currently go to school all the way out in Allegheny County at Frostburg State. I did vote for this election, yes, but I voted by mail, so I did it in the comfort of my own home. It wasn't really all that exciting. You know, it was just fill out some paper and send it in.

Amber Dukeman (00:25): It kind of did feel like a let down. It almost felt like I was missing something, and doing it on paper, it actually felt like I was doing something wrong, and it made me so nervous about it and like, "Oh man, is this actually going to do something?" So it's like... It felt empty, almost. So that's how this most recent voting cycle was like. It was just... It felt really strange.

Amber Dukeman (01:18): But you know, growing up, we never really had that dialogue of voting, right? So I was never told, "Voting's like this. Voting's like that." No, so I'm showing up here, and it's all like alien. It's insane. I have no idea what I'm doing. I'm looking over my shoulder. I'm looking around. I'm looking so suspicious, and it's because I just felt like I was doing something so wrong. And I was out shaking. I was scared. Again, I looked so suspicious, and you know, I think how I made myself look is probably the funniest part, because in the end, yeah, I didn't do anything wrong. Obviously, I didn't do anything wrong, but I think the funniest part is just how scared I was. It's an absolutely hilarious story to tell, but man, I was so scared.