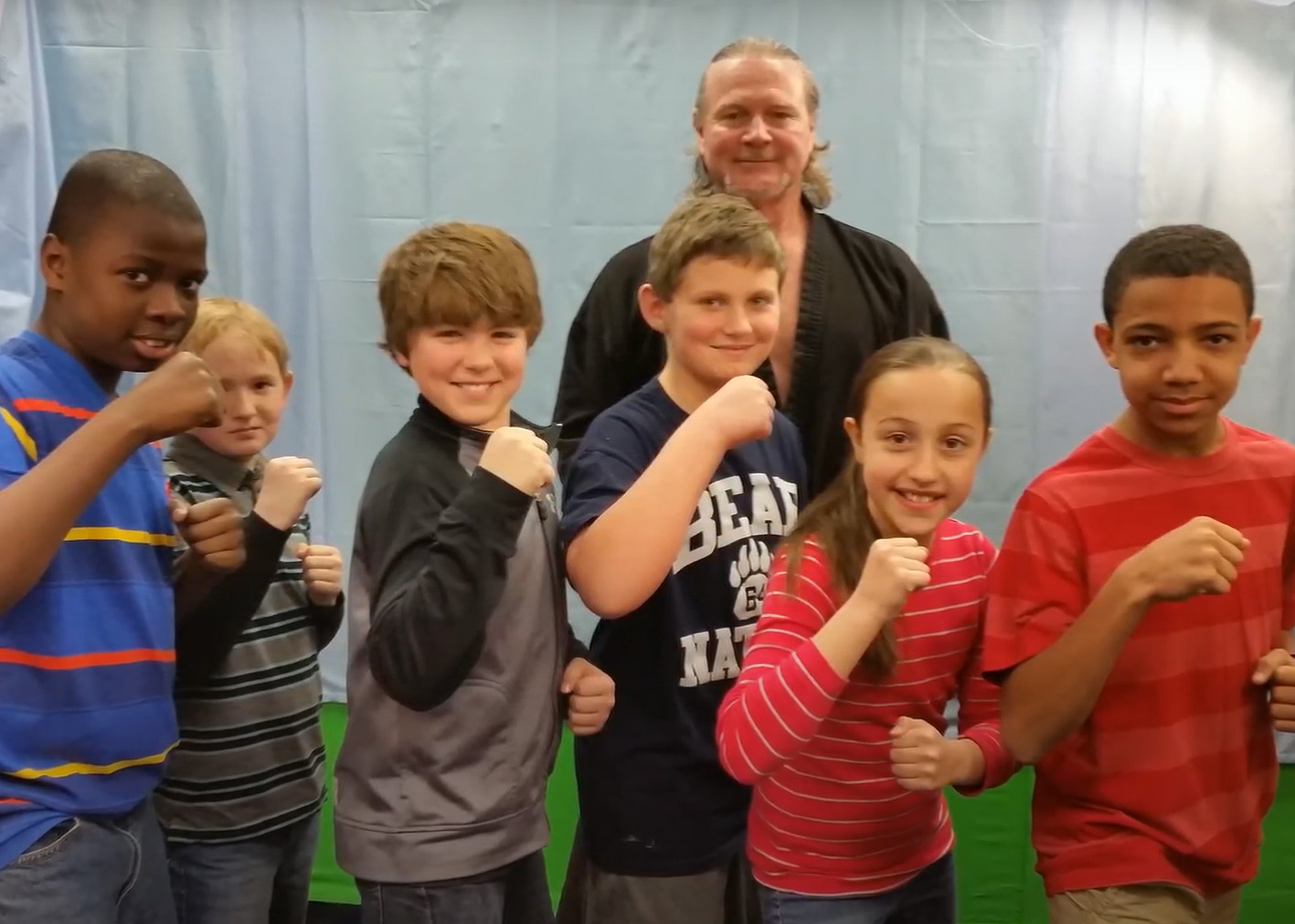 Speaker 1 (00:18): Marty Knight, an international karate king, was born in Belton, South Carolina. He played all the traditional sports until he was introduced to his lifelong passion, karate.

Marty Knight (00:29): Then we went to see a movie called Billy Jack. And we're sitting there watching a movie and the karate in Billy Jack is very basic karate, but at the time nobody knew what karate was. He needed a simple little low kick and kicks this guy in my head and I'm going like, wow. And I sit up in my chair and I watch the rest of the movie. That got me interested in karate.

Marty Knight (00:55): From the time I graduated high school to the time I went into college, I was looking for a way to stay in shape besides running around the block. So, I got into karate. The Anderson College actually offered me a little scholarship to come down teach karate in the P.E. Program, as I got my degree. So, I went Anderson and the rest was history.

Marty Knight (01:19): My mom and dad were totally against me doing karate because back then nobody knew what karate was. And even people I went to college with they go like, "What are you going to do for a job?" "I'm going to teach karate." "Yeah, but what are you going to do for a job?" They thought karate [inaudible 00:01:34] was kind of like a lifeguard during the summer. You know? Well, what are you going to do for a real job? My dad never thought much of it because he didn't understand what it was. And my mom to the day she died really didn't understand what I did in karate. She knew I ran a karate studio, but when I got married, she was going, "Oh, that's so good. Cause Bonnie's got insurance." You know, she worried so much about me, not realizing I was making a good living at doing karate. She kind of always worried about me because I think she think I was going out breaking boards with my head and jumping over buildings and stuff like that. So, I really had no support from them.

Speaker 3 (02:08): Marty pursued a competitive karate career and went on to win or place in every national tournament. During his professional fighting career, he achieved three national championships and two world titles.

Marty Knight (02:19): I won between 800 to 900 of these. And I'm not lying to you. The coolest thing about winning a trophy was walking through the airport. In 1985, they rated the top 20 fighters in the nation. No heavyweight, lightweight, nothing, just the top 20 fighters. And I made it in at number 20 and it was like winning the lottery for me.

Speaker 4 (02:38): Because of his national recognition, Marty was asked to join the Chuck Norris karate team and compete in Russia.

Marty Knight (02:46): 1989, I had just won my first national championship. And I get a call from this guy named Chuck Norris and he says, "Marty, we want you to go to Russia with us and fight on a karate team over there." And in my profession, if Chuck Norris calls you go. So, we went to Russia and I had one of those dream tours. We were there 16 days and I beat everybody.

Speaker 2 (03:08): Not only has Marty had great success as a fighter himself, but he has also trained numerous national and world champion karate fighters. He has trained more that belt women champion fighters than anyone in the history of the sport.

Marty Knight (03:23): On my one [inaudible 00:03:24] record of everybody that I've taught, that's followed my footsteps, that's went to a national level, there's more success with the girls than the guys. They've won more. I don't know why that is, but there's more success. We says this sport is not gender specific. I had a girl just win a 16-17 year old title two months ago in New York City.

Speaker 1 (03:50): One of his highest honors is being named to the South Carolina Black Belt Hall of Fame.

Marty Knight (03:55): My favorite part is I've been teaching so long now that I have taught people and I've taught their children and this is no lie. I now have their grandchildren. What better compliment that anybody can say was I trust you with my family. To say, I trust you with my child is a better compliment than saying, oh, I saw you on ESPN or something like that.

Speaker 1 (04:14): Taking his expertise outside of the studio, Marty and several of his trainees have served as bodyguards for professional entertainers.

Marty Knight (04:23): The list I've had of bodyguards goes from Elton John to George Straight. I mean everybody, the first guy, everybody guarded was a guy named Rick Springfield. The Eagles came in to Clemson. We were bodyguarding for them. So they pulled up at two and the afternoon to show us [inaudible 00:04:39], they go up on stage and I have all my people in place. So, I'm just sitting there watching them and they go through every single song that they're going to do in the concert. You know, they'll stop one song and go, "All right, you need to amp that up a little bit." But I had a private concert watching the Eagles. We worked for John Bon Jovi. And he comes out of his dressing room one day and he says, "Come on." So, we go sit on the stage and he gets out his guitar. And he goes through a bunch of songs and he's sitting right there and I'm sitting right there. And it's me and John Bon Jovi and I'm going like, nobody's here to see this? And now us would've had cell phones and everything. And I got the bodyguard, Paul McCartney, who was a Beatle, which when I was your age was the bomb. So, the bodyguard process, I got to meet a lot of people and do a lot of stuff.

Speaker 1 (05:23): This Marshall arts master remains an advocate for the sport of karate.

Marty Knight (05:28): With scholarship, people just talk to somebody here at the school. Have them call me. We'll scholarship people

Marty Knight (05:41): You always take your chances. They told me I could never do karate. They told me I could never be a fighter. They told me I didn't have the talent. And I was going to like, watch me. I don't care if I make it or not, but you know, watch me. I'm going to try it. So if you want to be something, be something. If you 're going to mess up, make mistakes, that's how you learn. I tell a lot of people don't worry about being cool, worry about being good. If you're good at something you're automatically cool. As far as my life's concerned, I'm kind of on my way out as opposed to on my way in. But now what gives me the pride is I can make a difference in a child's life.