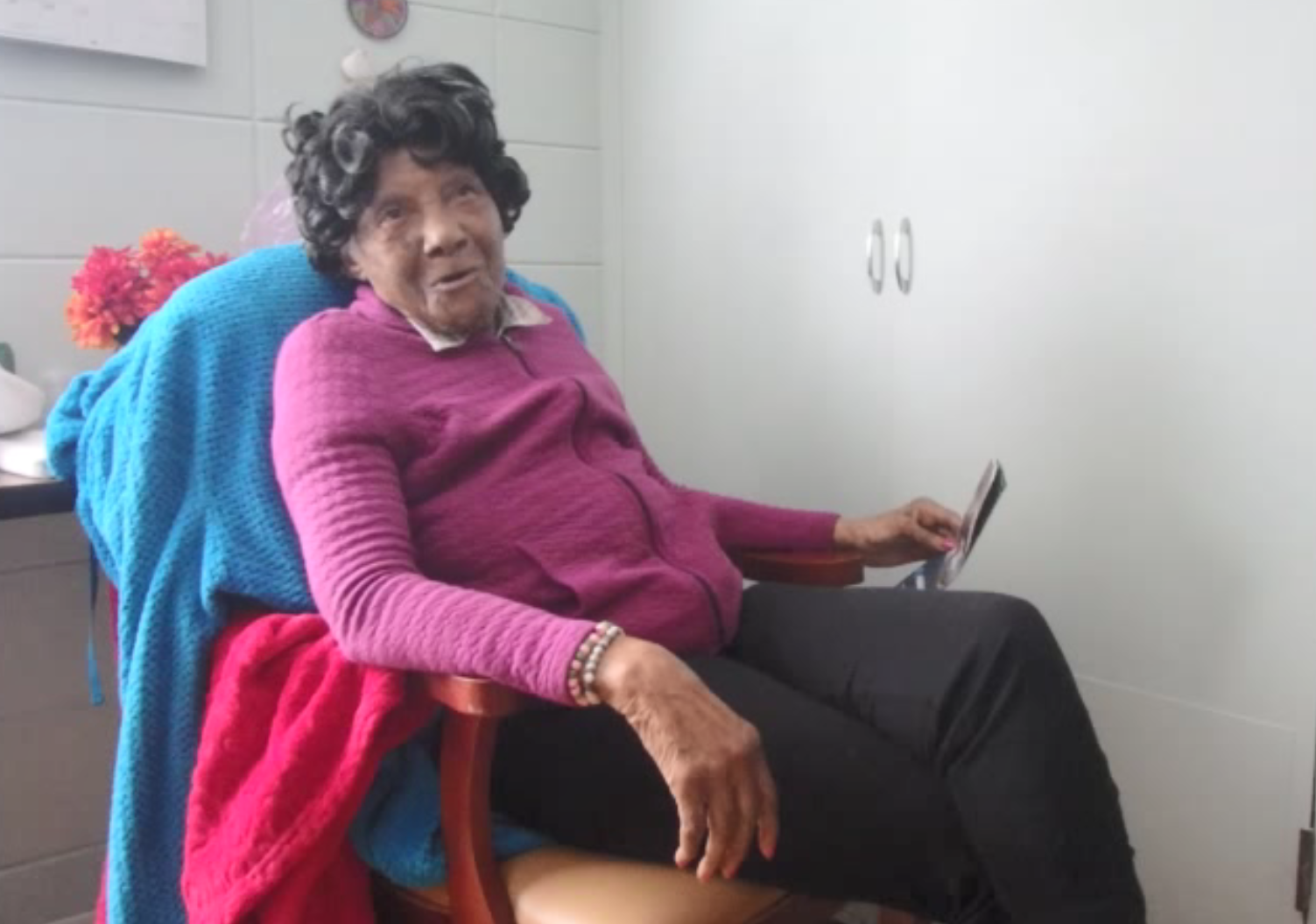 Eugenia Powell Deas grew up in McClellanville, South Carolina, and worked as a welder in the Charleston Naval Shipyard during World War II. She was the only African American woman welder there and discusses what it was like while other African American women worked as cooks and cleaners. She also describes her family and raising nine children.

Eugenia (00:43): But I wasn't angry about it. I was happy, because I went on to Brook High and thus, and I finished the 12th grade at Red School. There only was a school in McClellanville that went to the 8th grade, but in Charleston I could go and finish high school.

Eugenia (01:02): In Charleston I worked at the Charleston Naval Shipyard.

Eugenia (01:40): Yeah, but that was because America was... You know what they used to call me? One chocolate drop in the box, because I was the only Black woman welder. The other women there would do the cleaning and the cooking, but I wanted to do something besides clean and cook, so I was a welder.

Eugenia (02:04): Yes, I went to... Well, training, at that school I see what was offering, but I was the only Black woman who offered to go with it.

Eugenia (02:15): Yeah, at electric welding, you have to have on them jeans, and you have to wear a helmet.

Eugenia (02:24): Yeah, but I enjoyed it. I was kind of tomboy, never mind doing man work. It tickled me just to do the man work.

Eugenia (02:33): But I couldn't go and be in McClellanville with their boats. I had to be allowed to move from McClellanville after I got the job, because I'd been a ting. Even then I first start doing that, they said, they used to call me a ting, because women weren't supposed to do welding work. "Ol' ting to weld? Him ting ain't a man." Going back to where I was coming, special work was for man, and the special work was for woman who knew something about man do, you's a ting. "That ting say he the weld. Him a woman? He ain't no man."

Eugenia (03:11): The only thing a woman used to do, be in a classroom and teach the children and then cook and clean and take care, her family, and the white woman babies we had to mind too.

Eugenia (03:30): Oh, I changed that. That's not... I wanted to do anything I wanted to do. When I first learned to drive, you're going to scorn because I drive a car, because only man... Still I'm 92 years old now. Only man and boys drive cars when I was first learning. "That ting to drive car? That ting think he a man?"

Eugenia (03:50): So you see what a kind of hard up before I could step up higher. I didn't care what they called me. I do what I want.

Speaker 3 (03:58): Isn't one time a man decided not to hire you because he didn't think you could do the work?

Eugenia (04:04): Yeah. See, I was a woman. I couldn't do the welding work. And I always practiced on some with being with the different people who would do the welding before, but he didn't know I could do it. And I surprised him when I go and lit that rod and do the welding. "When did you learn to do that?"

Eugenia (04:27): I'd do any kind of work if I could get good money, on an honest level, I'm talking about. And I always wanted self respect.

Eugenia (04:39): I'm mother of nine kids, all from one daddy, and he died. I forgot what year it was, but he died, and I've never been married again, so I had to raise them children. And I would do that different though so I have money to send them to college.

Eugenia (04:55): Oh, yeah, had a garden, then have a chicken house, my chicken yard. My chicken laid their own eggs, and I plant my corn and collard greens and sweet potatoes. Then I could go fishing. Catfish, mullet, whiting, crab, [ortha 00:05:16]. McClellanville had more sea food than any other town in South Carolina. How many Black women could say, "I sent all my children to college who wanted to go"? And that's what I did.

Eugenia (05:55): Yeah, at Lincoln High School. I was the head cook at Lincoln High School. I did all kinds of different work, all to make an honest living, and I had to educate my children. I can't just bring them into the world and let them go without education. And then when I had children, I didn't have a lot of job, but all my children got education. God blessed me. I couldn't do it without the good lord, and I serve my own. He loveth all. All you have to do is what? Trust and obey. There's no other way to be happy. In Jesus run to trust and obey.