A History of the Creek Indians in Alabama

Home / A History of the Creek Indians in Alabama 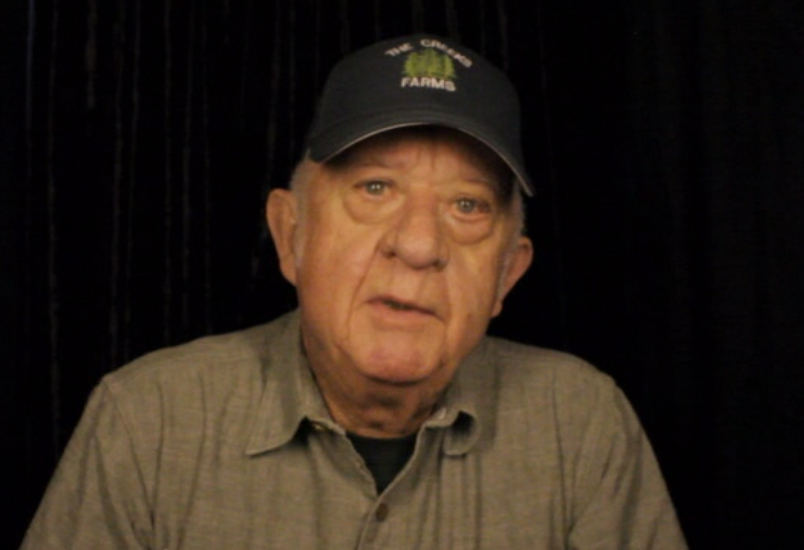 Don East: Hi. My name is Don East. I'm part Creek or Muscogee Indian, a resident of Clay County Alabama. The story that I would like to tell you this morning is about the Hillabee Faction of the Creek Indians. The reason I chose that subject is because very few people are aware of the Creek Villages referred to as the Hillabee's and there's very little imprint on them.

Don East: (00:00) I, two years ago, wrote a book on the subject. Well to start with, the Creek Indians, or the Muskogees, if you will, basically formed in the Alabama area probably in the early 1600's. There's argument about whether they came from Mexico pushed out by the Spanish Conquistadors or whether they formed from the Moundville Societies, but nevertheless, they became known by travelers through the area and first written about in the early 1700's. DeSoto and his travels in 1539 did not mention the Creeks or the Muskogees so they either weren't here or weren't formed by that name at that time. In any case, they brought with them two things that the other tribes in the area didn't have.

Don East: (01:24) They brought with them a large-scale agriculture mindset and also a trading mindset. They traded mostly deer skins and nut oil made from acorns and hickory nuts to the European entities and American entities in this area. So it formed a lot of trading post in the area. This area was hotly contested by the French, by the Spanish, and by the British, and by the Americans and the Americans had their eyes on a movement westward from Georgia, the colony of Georgia, or the state of Georgia to the west.

Don East (02:02): So, somehow they needed to get rid of the French and the Spanish and the British and the Creek Indians, and other tribes in this area. So that all happened in the early 1800's. They got rid of the Spanish by the Treaty of Madrid of 1796.

Don East: (02:23) Got rid of the French by the Purchase of Louisiana Purchase in 1803 and of course they got rid of the British with the war of 1812. In the war of 1812 the Creek Nation, half of it sided with the British and fought their war down in the south here to take some of the pressure off of the British fighting mostly on the eastern seaboard of Canada. The other half of the Creeks went along with the Americans and in fact fought with the Americans. The troops that fought here were mostly local troops, 'cause America's troop that were in the regular army were busy fighting the British in the Eastern Seaboard I Canada.

Don East: (03:06) So down here it was mostly volunteers. Andrew Jackson were the Tennessee volunteers. Floyd were the Georgia volunteers. Claiborne were the Mississippi volunteers. And hundreds and hundreds of friendly allied Indians in the Cherokee, Choctaw, and White Stick Creek Group. In any case, when the war was over, it only lasted five or six months, and it started in November the 3rd of 1813. It ended at Horseshoe Bend on the 27th of March in 1814.

Don East: (03:36) The Creeks only won two battles during those seventeen conflicts and mainly 'cause they had owned, 25% of them had guns. They had to fought with clubs, bows and arrows, and spears etcetera, whereas the American troops were well armed and had two cannons as well. Of course they armed the friendly allied Indians that fought with them. So it wasn't that much of a contest, but nevertheless the Battle at Horseshoe Bend was the final battle and it was the largest number of deaths of American Indians in any battle in the United States that ever occurred.

Don East: (04:12) When the war was over Andrew Jackson himself pursued the treaty at Fort Jackson down by Wetumpka, the old Fort Toulouse and he took 22 million acres form the Creeks which is largely what would be Alabama and gave the Creeks only 5.2 million acres in what is now east central Alabama to move to and reside in. They supposedly could remain there forever. Well that moved a lot of the Creeks and when they moved into this new area, the sort of the center of it was around the area of Clay County today, and Tallapoosa County today.

Don East: The central village in that region was a village called Hillabee which in the Creek language [Creek Language 00:05:04] means quick or raped referring to the stream that ran through the area and there were also four satellite villages that went with the mother town. There was Landushi Apala, which is where Millerville is today. There was Echoseis Ligua which is just North of [inaudible 00:05:23] today. There's Oktasassi which is near Alexander City in Tallapoosa County where the waterworks is today. And there was one other village near the current town, settlement of Bluff Springs. Those were the satellite villages. The latter one was named Enitachopko. The reason the Hillabee town was important was 'cause it was in the center of this new Creek Confederacy of 5.2 million acres and several roads crossed there making it strategic. Also, another thing that made it important was there was a Scott settler named Robert Grierson who was married to a Shoni Indian woman. He had cattle. He had row crops. He raised cotton.

Don East: (06:21) Matter of fact, he got this the first cotton gin exported by Eli Whitney only two years after he invented it. He used the women from the villages nearby, the Creek villages of the area to help on the farm and to do the nut oil production et cetera. So Hillabee was a very important strategic area. Well of course the Creeks didn't fair very well after the Creek Indian War of 1813, 14, because they were all moved into such a small area. All there hunting grounds were gone which killed the deer skin trade.

Don East: (07:00) Things weren't going well at all. Plus against the rules of the Treaty of Fort Jackson the whites were illegally moving into the area mainly from Georgia and further causing problems and then gold was discovered in 1830, 1832 and that caused more problems when all these settlers rushed in to look for gold and so there was a derage going on left and right. There was a group of people largely from Georgia that were basically stealing the Creek lands by making illegal deeds etcetera.

Don East: (07:41) So things weren't going good. As a matter of fact, the federal government in, by now the state of Alabama which was formed in 1819 asked for help and they sent a person by the name of Francis Scott Key, who you all recognize that name, down to be the mediator. Well even so, they were unsuccessful and the next thing that happened in 1836 there was a Creek War, the second Creek War. It doesn't last but a couple of months. It wasn't much to it, but at the end of that war, now President Andrew Jackson who became President in 1828, our seventh president, not being and Indian lover, one of his first legislative actions was to removal action, Removal Treaty. He got it through a narrow vote to Congress and he moved the Indians east of the Mississippi River which included the Creeks and all the other tribes here in the southeast to Oklahoma in 1835, 6, and 7, and 8, and along in that area.

Don East: (08:46) Of course, you heard of The Trail of Tears which specifically refers to the Cherokee removals, but it also in general refers to the Creek and other Indian removals of the southeast. So they were moved to Oklahoma and they carried there place names with them. For example, all the Creek Indian place names that you find around this region here you also will today find in Oklahoma.

Don East: (09:09) As a matter of fact, in Alabama there are about 231 place names that are of American Indian origin and out of those, 117 of those are the Creek language. Of course all of the Indians in the southeast and here in Alabama did not speak the same language. There was four basic language groups spoken here and many different branches of each of those groups. So Creek or Muscogee language was just one of the languages. So that's my story then of the Hillabee's and the story of the Creek Indians in their latter stages of their existence. Thank you.