George Stahl: The Navy and the Minor League, Texas

Home / George Stahl: The Navy and the Minor League, Texas 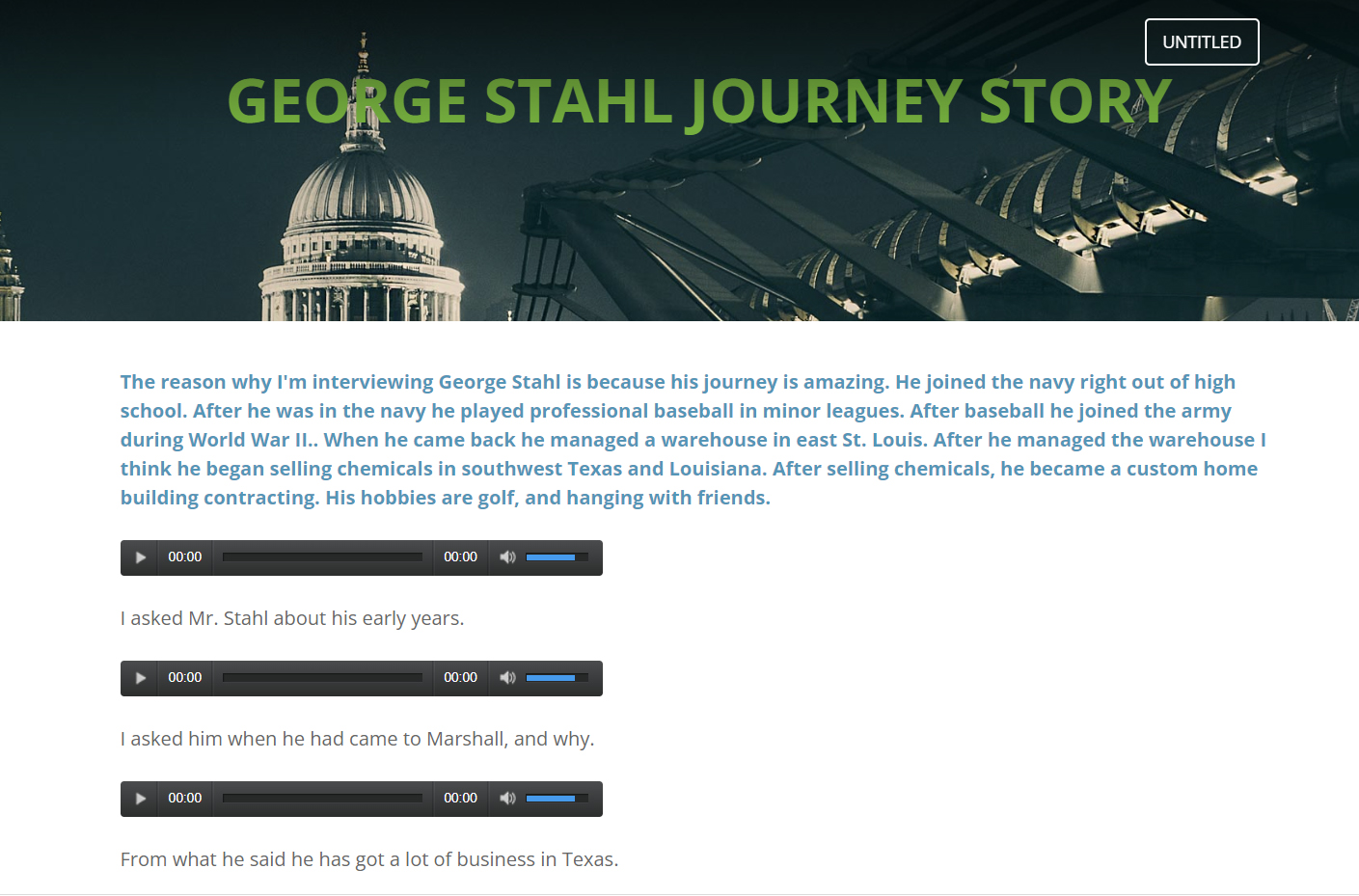 Seventh grade students in Marshall, Texas, worked in coordination with the Texas State Historical Association and National History to create multimedia websites that includes interviews with family, friends, and local residents. The work was supported by Museum on Main Street's Youth Access Grants in 2013-2014. In this project, a student interviews a well-known local businessman and created a companion website to host his work.

Ben writes of the project, "The reason why I'm interviewing George Stahl is because his journey is amazing. He joined the navy right out of high school. After he was in the navy he played professional baseball in minor leagues. After baseball he joined the army during World War II. When he came back he managed a warehouse in east St. Louis. After he managed the warehouse I think he began selling chemicals in southwest Texas and Louisiana. After selling chemicals, he became a custom home building contracting. His hobbies are golf, and hanging with friends."

George Stahl (00:14): It was a small Catholic town. About the only thing they had in that town was a great big cathedral, Catholic cathedral, but the whole town was Catholic.

George Stahl (00:27): I lived in St. Louis, Missouri. Well, I lived in several places, but my hometown was east St. Louis, Illinois.

George Stahl (00:38): I came to Marshall in 1970 because my wife and I, from Shreveport, moved over here from Shreveport to start a business. We started Chemzall Chemical Company.

George Stahl (01:02): It was heaven on Earth. I had all the chicken industries in East Texas and some in Arkansas and some in Louisiana, even one in Missouri, all the way from Fort Worth to Waco, Texas. All of them, you name them, they belong to me.

George Stahl (01:24): I don't know what year that was, but I was playing with him and he asked me to build that house for his granddaughter on 80, here across from... When the heck was that? That was about in the early nineties, I think. Wasn't it?

George Stahl (01:40): Exactly, because, yeah, that helped started me there. Yeah.