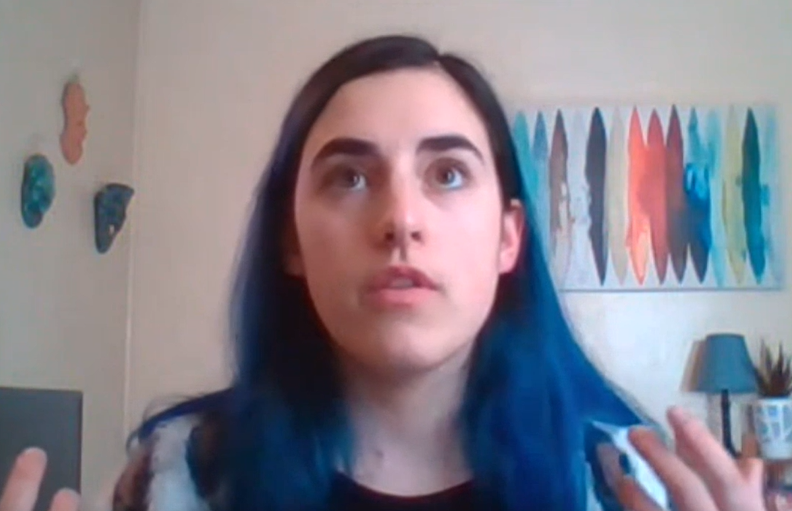 Chiara Benato (00:00): I'm Chiara Benato. I'm originally from New Jersey. I moved to Maryland about almost three years ago now. Permanently I came here originally for school, at Salisbury University. I received a Bachelor's degree in History and Education, and continued my education directly after at Salisbury University again getting a Masters in English Literature. I'm also a TA there, so I get to interact with undergrads still, and still get to pursue my passion for teaching there.

Chiara Benato (00:35): So, the first time I voted, I was still... It was the 2016 election, and I voted by mail. I did an absentee ballot, because I was at school at the time, it was my freshman year, and I filled out all the paperwork, got my ballot in the mail. It was really easy. It's a lot easier than I thought it was going to be. And I remember a couple of days before the election, I was starting to do research and on all of the candidates, both Donald Trump and Hillary Clinton, and also the third party candidates.

Chiara Benato (01:17): I remember on campus there was a buzz of a mixture of, I want to say excitement, but also not fear, but there was a worry because there was a lot of different rhetoric being brought about by both candidates. I remember sitting in the library that was just built, and it was not finished being built, on the first floor surrounded... I was on the floor.... We on my laptop just searching and doing research in order to pick a candidate to vote for, that I felt aligned with my political beliefs. And sitting on the floor, my friends were all studying, I picked my candidate and I closed the envelope, I put it in my backpack, I went right back into studying for my ancient history test, I think it was on Chinese history, that was the very next day.

Chiara Benato (02:18): Yeah, that was... It was a nice experience because I didn't feel pressured to, or not pressure, but I didn't feel like how had to wait in the line. I got to kind of do things in my own time, which was really nice. After I voted, I felt, the minute I dropped my ballot in the mailbox, well, the mail slot in the university, I felt really good. I did feel a sense of empowerment and I felt that my voice was being heard, because I being a history major, I had heard your voice matters. Being a lover of history in addition to that, knowing that every vote counts, whether someone believes that or not, I believe that. So I felt a sense of doing a civic duty, and also being empowered that my voice was heard.

Chiara Benato (03:19): Now, the candidate I voted for in 2016, did not win, Donald Trump won. And after that, there was a sense of concern. I know that thinking back, I remember speaking to my roommate the next day, and just turning to her and saying, "Donald Trump is our president," and she said, "No way, you're pulling a prank," and I said, "No". But, we had to go to our 8:00 AM class, so we kind of had to deal with it over the past four years.