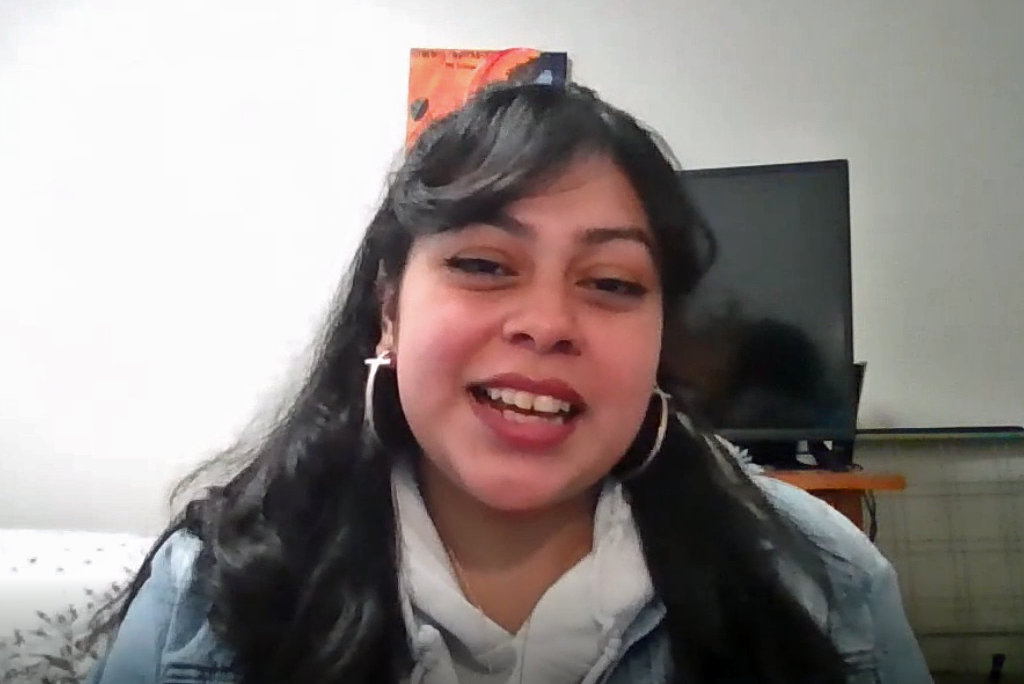 Arianna Gomez (00:00): So my name is Arianna Gomez. I am from originally Laurel, Maryland. I grew up in PG County my whole life, but now I study at Salisbury university. I am a K through 12 ESL certification major. And that essentially boils down to just me wanting to help people learn English as second language in Austin, academic schooling, as well as like also trying to help teach people who are adult ESL learners.

Arianna Gomez (00:33): Yes. I've had some instances in where I had to speak with people who didn't necessarily agree with me on some issues, especially when it came to immigration, especially undocumented people who are living in the US as well as like just dealing with some kind of myths or fake news as some people say about those issues because I am a first generation American. I know about my parents' immigrant story. I know about my friends, my family, as well as extended family.

Arianna Gomez (01:06): And the reality is a lot different than what other people say and because of those myths and because of those interactions that they have with the media, it's treated in a very horrifying and dehumanizing light. And trying to have that open conversation where you're not judgmental, you're trying to keep that open mind is definitely difficult, but at the same time if you're willing to start the conversation, you should be willing to listen to the other side. And I think that was one of the most important parts with speaking with people who do not have the same views as me, but just trying to understand one another. And when you're able to properly communicate those points across and you're able to take some of the emotion out of it, but not all of it, it helps other people realize that it's not just an opinion. It's not just based on what your moral belief is, but it's also based on the actual reality of the situation. And I think that helps people understand that.

Arianna Gomez (02:15): It's not a personal attack on anybody. It's not an attack on different opinions or freedom of speech. It's really based on what the reality is and how we can solve those realities for a lot of people who are in unfortunate situations.

Arianna Gomez (02:33): I believe that politicians in power are not able to have those kinds of open dialogues, mainly because they've completely disassociated themselves from having those conversations. They've taken themselves out of the equation and viewed it more as an, us versus them, especially when it comes to the black lives matter movement when it comes to the pro-life and pro-choice movement, you really have to put yourself in the situation where you're viewing the other person's perspective as if you were them.

Arianna Gomez (03:08): And I feel like a lot of people tend to base their stances on these movements and these matters because of where they view themselves. If it doesn't affect me, if I'm not a part of the equation, then I don't need to talk about it. And unfortunately, I feel like a lot of politicians and a lot of people of power use that and their power to create these decisions for people who are in those situations and do not agree with them. So, unfortunately for them, it's just not a possibility to have those conversations until they can get their foot in the door.