The 1984 Olympic Torch in Sycamore, Illinois 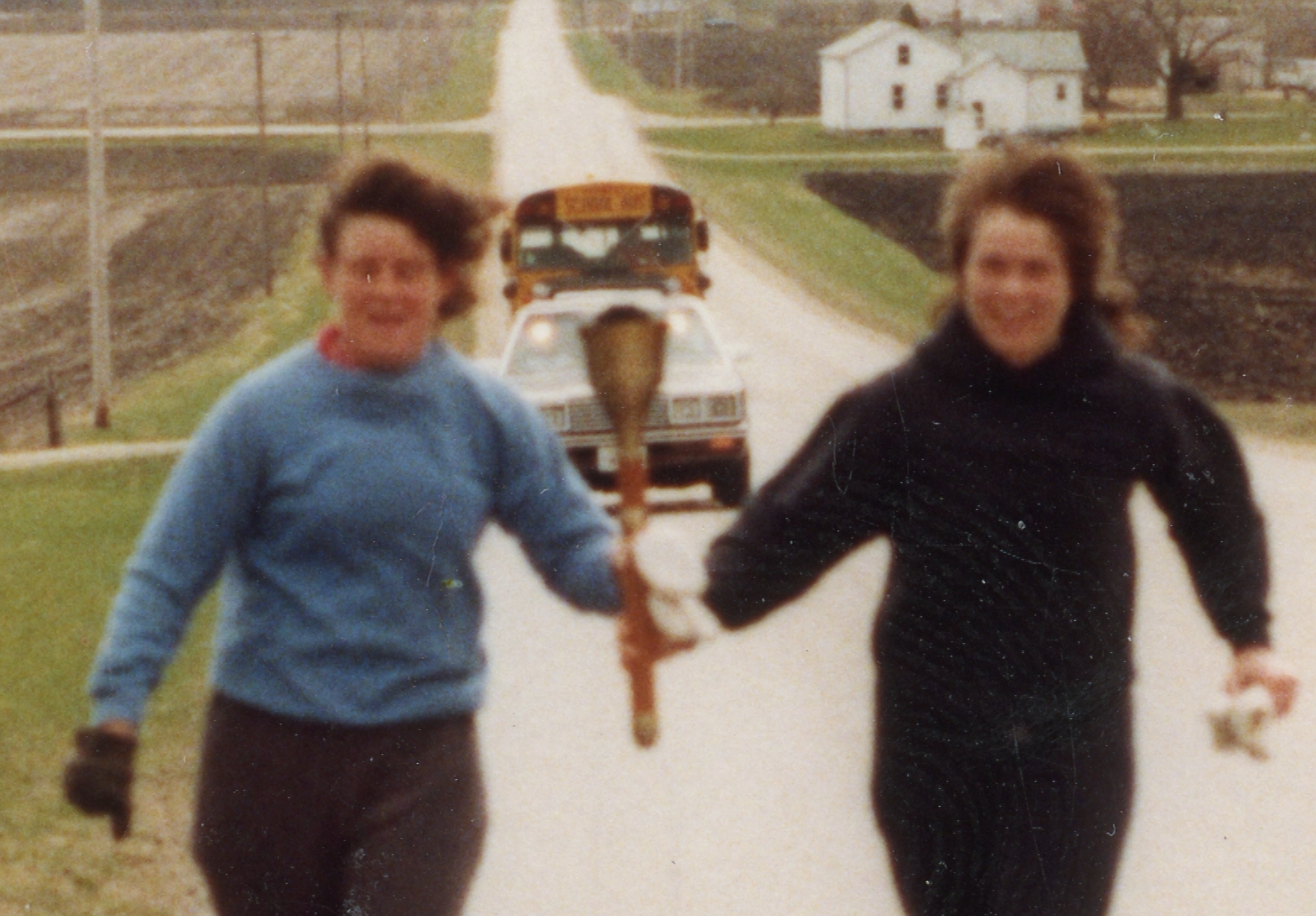 DeKalb County History Center and several partners in DeKalb County, IL collected 100 objects about the country that will be displayed in an exhibition titled “History of DeKalb County in 100 Objects,” opening on June 11, 2022. Inspired by this exhibition and as a part of Museum on Main Street’s Coming Home project, area students created a project inspired by one of the 100 selected objects. Each student completed deep research on the topic, interviewed local residents, and edited and produced a video. Topics include: the North Grove One Room School, the Olympic Torch, the Navy’s TDR – 1, and the Sycamore Pumpkin Fest. In this short film, Elise Goodman interviews people who were involved in the 1984 Olympic Torch run in Dekalb.

Abed Zantout (00:00): The torch was built at Turner industries. And there were so many people involved in it. In making the parts in different aspects, but the people who were involved in the design and making of the prototypes was myself, Gil Farnham, Lou Ignelzi, and Tom [inaudible 00:00:21].

Teresa Jacobsen (00:22): I carried the torch in April of 1984, which was just before the summer Olympics. And I think about a month before they started the running across the country with the torch. So they had to really know for sure the torch worked before it went worldwide and stuff. One of the cool things I thought about when I was running with the torch is that 1984 was the very first summer Olympics of the women's Olympic marathon, which was 26.2 miles. And at that time I had just run my first marathon. And of course the very first woman to win the Olympic women's marathon was Joan Benoit, who was an icon back there, a running icon. She's still pretty well known in the running surface and stuff. So that was just... I was so stoked that I'm test running with the torch in the very same Olympics that they're going to have the women's marathon for the very first time.

Abed Zantout (01:25): This jacket was part of some attire that the United States Olympic organizing committee supplied to me and too few other people who were not only involved in the manufacturing of the torch, but we actually accompanied the relay run of the torch from New York, all the way to Los Angeles. And when we were on the run, we wore... This is 1984 Olympic torch relay. Even the shirts had the logos on.

Teresa Jacobsen (02:03): Describe how I emotionally felt while I was running with the torch? Over the moon, honored, it was very joyous. I felt kind of lucky that I was one of the chosen few that was able to run with the torch, how lucky I was to be at the right place at the right time, to be able to say that I ran with the torch, it's a shining moment. It's one of the most fantastic experiences I've ever had. It's fine and interesting that there's so much creativity in coming up with a different shape, style torch, probably there's been a lot of things that have changed about how a torch burns. Maybe they don't have to test the torch quite like we did back in 1984.

Abed Zantout (03:02): The torch took on different shapes and colors. Actually at one time, the handle was gray, the aluminum here was dark black. It had different shape to it. It was larger. Every time we made the change, we had to get it approved. It took months until we finally got to the design, the shape, and the size that the U.S. Olympic committee approved. The whole project was unbelievable. It's like there was highlights of all my working years, but the best memories for me and for others who were lucky enough to accompany the torch relay run happened on the road. It's when you're going down the road and you see all the United States, flags flying, all the people, cheering, parents, bringing their children to see the relay run. And if they had the chance to come and talk to one of us and have their picture taken with the torch or touch it, it'll bring tears to your eyes. And it was very emotional and that's the best memory ever.

Teresa Jacobsen (04:19): Pretty stoked. That was really exciting to keep thinking that I was a part of that flame getting to Los Angeles, California. Keep thinking that maybe part of that flame was a part of a flame that I was carrying while test running with it. I thought it was a great honor. It was a once in a lifetime experience to run with the torch. It's an internationally known iconic piece of history that I wanted be a part of.