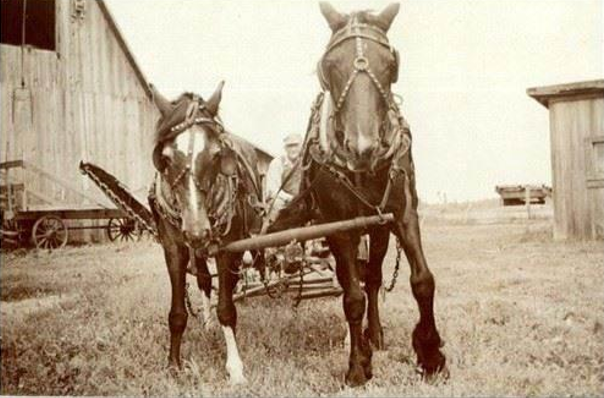 Edwin Dunigan talks about the two team farm that his father rented in order to make a living farming. Two of his brothers were serving during World War II so Edwin and one of his brothers worked the farm while going to school at the same time in Arkansas. He also describes what it was like after his dad bought a tractor. #TheWayWeWorked #twww #agriculture #industry #Arkansas #StoriesYES #storytelling #students #youth

This story is part of Buffalo Island Central EAST's online story map From Swamp to Farmland and exhibits at the Buffalo Island Museum, which both trace the the history of agriculture in the area. Either click on the video to watch it or follow the instructions below to make it magically come to life like it does in the Museum by scanning this image of horses in the HP Reveal app.